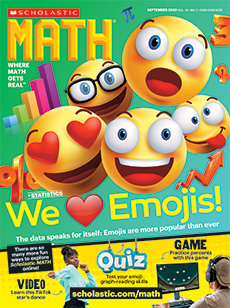 Flying buttresses, like the ones seen on the east side of Notre-Dame, were a staple of Gothic architecture. They helped support the style’s tall walls.

Today, the Notre-Dame de Paris is an internationally beloved cathedral, with more than 12 million visitors every year. It’s the symbol of Paris, France. But throughout its centuries-long history, Notre-Dame has not always been a respected—in fact, it was almost torn down or destroyed multiple times!

One of the things that sets Notre-Dame apart is its architectural style. It’s one of the most well-known examples of Gothic architecture, which was the main style used for cathedrals and churches in Europe between the 12th and 16th centuries. Previously, most churches were in the Romanesque style. As its name implies, Romanesque architecture drew from ancient Roman design. It used thick walls, pillars, and rounded arches. Windows were generally few and narrow until later on in the style. That’s when trends began to shift towards what would eventually become Gothic architecture.

By contrast, Gothic architecture was all about letting in the light. Gothic buildings are tall and soaring, with pointed arches and huge stained-glass windows. Many of them relied on flying buttresses to support their height. Flying buttresses get their name from the fact that they don’t meet the wall they support at the ground, but instead high up on the wall. This type of support is made of a pier, which is a tall, heavy tower set at a distance from the wall, and an arc that reaches from the pier to attach to the wall it supports.

There are two types of monstrous stone carvings used on Notre-Dame. Chimeras are decorative stone statues. Gargoyles serve a practical purpose: they drain water away from the cathedral’s roof. The name comes from the Latin word for drain!

Construction on the cathedral first began in 1160. The original structure was mostly finished by 1260, but throughout the years it received many updates and modifications. It fell into extreme disrepair in the 1790s, during the French Revolution. The French Revolution was a period of political and social change, where the people overthrew the monarchy and established France as a republic instead. The Revolution also shifted power from the Roman Catholic Church, to which Notre-Dame belonged, to the state. The church was seized and became public property, instead of being owned by the church.

Many citizens resented the church for taking tithes, or mandatory contributions, from struggling citizens without giving back to the community. As a result, many of the cathedral’s religious symbols were destroyed or stolen during this time. All the statues on its façade were destroyed except for the one of the Virgin Mary, and the statues of biblical kings were beheaded as they were mistaken for depictions of French kings. For almost two decades, the cathedral was used as a warehouse.

The Western Façade of Notre-Dame is one of the most well-known examples of Gothic architecture.

Napoleon Bonaparte, who came to power during the Revolution, proposed to restore the church in 1802. But by 1815, Notre-Dame was in such poor shape that French officials planned to demolish it, thinking it was beyond repair. The famous author Victor Hugo, however, was a fan of the cathedral wanted to help save it. He wrote the novel The Hunchback of Notre-Dame, which was published in 1831, to bolster public awareness of the cathedral’s disrepair. This prevented its destruction until 1844, when King Louis Philippe ordered the cathedral’s restoration.

In the years since The Hunchback of Notre-Dame was published, the cathedral has undergone continuous repairs and additions. During World War II, it sustained minor damage from stray bullets. On its 800th anniversary in 1963, the façade was restored to its original off-white color—centuries of grime building up on the pale stones made it appear dark blue. But worsening pollution lead to the erosion of delicate stone statues and gargoyles, and grime began accumulating again more rapidly than before.

The national government proposed a massive renovation program in the late 2010s, starting with renovating the cathedral’s spire in 2018. This renovation, unfortunately, led to a fire breaking out in April 2019.